Depending on what country you are from, you have probably heard the expressions

“The rich get richer and the poor get poorer”, “Money makes money”, etc.

I remember when I was a teenager and my uncle had a friend who had a lot of money. He once traveled to Florida, USA on vacations and while there, he decided to buy a lottery ticket and he won it!

He has not been the only rich guy who has won the lottery.

Just google the topic and you will find stories of millionaires who have won the lottery, such as Jared Price in California. He was already a millionaire when he won the Power Ball. You can read the story here.

There are people who have won the lottery twice, like Joseph Palmarchuk 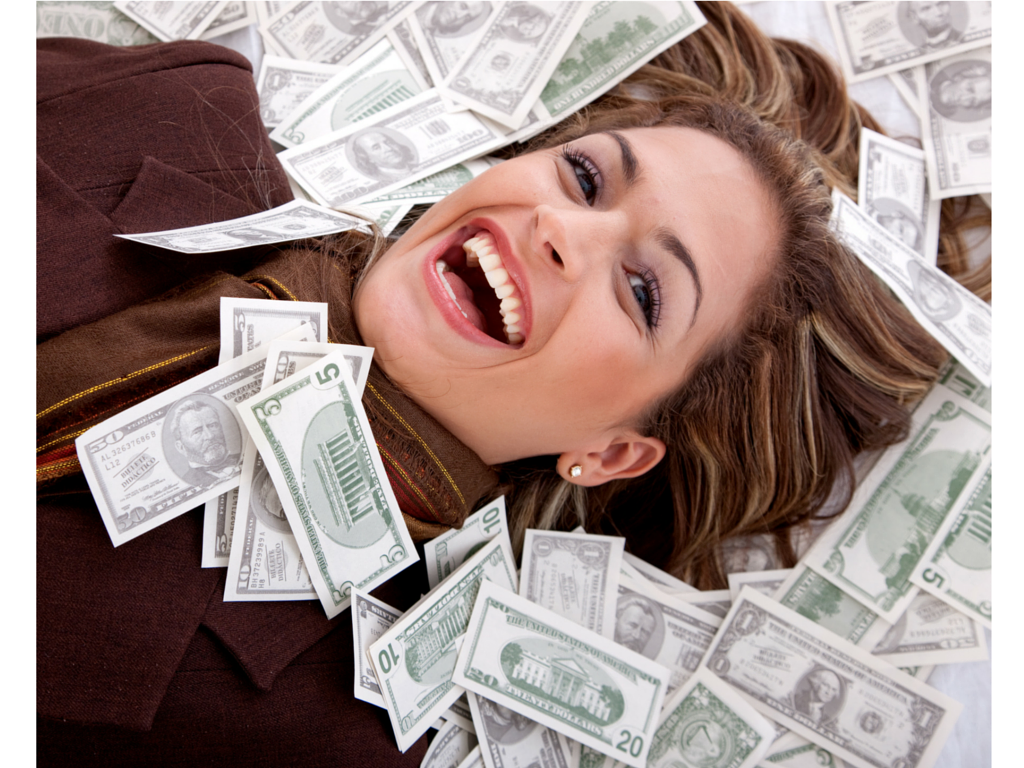 People who have a lot of money, beyond winning the lottery, have a tremendous ease to produce more money. They open a new business and apparently effortlessly begin to produce more and more money. On the other hand, most people try again and again, by different means, they open businesses, try new ideas and end up where they started without much money.

What is the difference?

What makes these people get money so easily and not others?

The answer is simple: These people have different belief systems about money than the average person.

Most people grow up exposed to belief systems that are based on lack and limitation and that the idea of ​​having a lot of money easily is not acceptable. I invite you before you keep reading to take a couple of minutes and analyze:

What were the ideas about money with which you grew up?

What did your parents, teachers, relatives or friends told you about money?

Were you taught about how easy it is to have abundance or otherwise?

It is common in our culture to grow exposed to phrases like:

Money is the root of all evil

Money does not grow on trees, etc.

If it is not too much to ask, I would like you to leave a comment at the end of this article sharing what you listened to as a kid about money.

What limiting phrases did you listen to?

These phrases and beliefs have been stored in our minds from an early age, by authority figures to us.

And since we were kids and we were taught not to question adults, we assume that these sentences were true and we decided to live the rest of our lives with an automatic programs (like the ones you install in your PC) that runs in our subconscious mind. As in our computer, once we install a program it will work automatically, but in this case the program is about how difficult it is to get money in life.

Millionaires however, do not have this problem. They do not live your life thinking that making money is difficult, quite the opposite.

Surely, they have limiting ideas in other areas of their life, and experience difficulties in those other areas; but rarely their problems have to do with limitations to produce or attract more money.

The question you probably have is:

How I can change this?

The good news is that this change is within your reach. You can modify those belief systems and to connect with abundance in your life. In the same way we allowed and we have maintained limiting belief systems about money, we can also change them.

There are several ways to do this:

One is to first identify and question those beliefs. For instance, if one of your beliefs is that “money is the root of all evil”, you can start questioning it, understanding that money is only a tool. It is neither good nor bad. Money can be used to pay someone to commit a crime, but can also be used to buy food for the poor, pay for the education of a child, buy a medicine, afford a vacation with your family. etc.

You can look for evidence in life about how that belief is false, and practice this continuously.

In my case, when I started to analyze my limiting beliefs, I noticed that I though money was slippery (Isn’t that crazy?). I though that as soon as I received money I couldn’t keep it. I had to spend it, etc. It was like it was slippery.

So I grabbed a one dollar bill and started to touch it with my fingers and I noticed I had a texture that was all the opposite. The texture of the ink made it easy to grasp and hold. So I started to do that in a daily basis to break down my limiting programming.
Second: Change your thoughts. Substitute thoughts of limitation by thoughts of abundance. One practical way is to think daily about things you want to achieve and not on the things you are missing or lack.

Finally, one of the most effective ways to change your subconscious programming is through feelings. For example: experience the feeling of abundance. Imagine yourself living a life of abundance and feel how would it be to live that.

Stay tuned to your email, I will be sending you more information on how to change those limiting mental programs. In the meantime, keep paying attention to those limiting beliefs and find evidence in the real world that they are not true.